Door knobs are often affected by elements such as changes in humidity and temperatures, and this is why they might get stuck. Therefore, these problems might go away when these conditions change, or they could persist. If they persist you can fix them without hiring a repairman or spending a lot of money.

To fix a doorknob that won’t turn, you might try things such as jiggling it to loosen up the stuck part, using recommended lubricants, or checking the doorknob assembly. Thankfully, these are things you can comfortably fix without spending money to hire a maintenance specialist.

This article contains tips that have been used by homeowners to fix issues with stuck doorknobs. Therefore, we believe that you will have your problem solved by going through it in its entirety.

Jiggle the Door Knob and Lubricate

Occasionally the problem could be a minor issue that can be solved by just jiggling the doorknob to get the stuck part loose. This trick works mostly in situations where the springs are not correctly in place, or the latch fails to extend or retract.

Find the right lubricant like graphite and squirt a couple of drops on your doorknob. Try to turn the knob a few times so that it spreads evenly. After lubricating, carefully inspect the mechanism on both knobs to see if there is any rust. Add more drops of the lubricant to loosen any stuck part.

Check the Latch and Doorknob Assembly

Carefully inspect the latch. If it is retracted, but the doorknob does not turn, it might imply that it is misaligned or caught in something.

To fix the problem, you need to use a flat screwdriver by placing it right above the latch and tap it gently using a hammer. Repeat the process on the underside of the latch. It should be freed if it was caught on something.

In case of an obstruction, use needle-nose pliers to remove them. You might have to replace the doorknob if the mechanism has a major problem, like broken components.

Once you have removed the door handles, you can check the plates if there are any issues. Operate it, and you may identify any visible signs of malfunction. There are springs on the rear part of each handle. Check to confirm that the springs are not bent or broken.

If the springs are in the right condition, they need to get back to a horizontal position when you stop moving the handles. However, if they are broken, you might have to replace them. Before you do any replacement, apply some lubricant such as WD40 on the door handle and see if it works.

This should be your next step if the doorknobs are okay, and there is no problem with the springs. Remove the latch from the door. It is a simple step that only involves removing the screws from the faceplate on the leading edge of the door.

Once that is done, the tubular latch will slide out from the door. You can identify the issue by pushing in the latch bolt tongue and see if it springs back.

By checking the latch body, you can identify any signs of malfunction or wear. Look for things such as components poking out or loose springs. If you have not seen any problem, push the latch tongue again and see if it returns back to place. If it does not spring back, then it could be a broken spring inside the latch.

When pushing in the latch tongue, take it into the latch housing. If it goes in, but the tongue is still poking out, it is an indication of a broken spring in the latch that needs fixing. You may need to replace it entirely if most components are broken on the inside.

If your latch seems to be working fine after troubleshooting, there is one more problem to check. Your tabular latch should have two lugs on either side where the spindle goes through. These lugs ensure that the follower operates correctly. There are chances that the lugs are blocked with an object and need fixing.

If the borehole is too small when the tubular latch was installed, it could obstruct lugs. If that is the case, then you need to bore a wider hole on the door. Typically, this scenario leads to broken springs and other latch components, so you may need to replace the tubular latch.

Insert the door handle on one side of the door. The retaining screws should be thread through the mounting holes on the faceplate of the interior doorknob. Ensure that it runs into the sleeves of the exterior doorknob. Use a screwdriver to tighten the screws, and you are good to go.

The strike plate should be adjusted up or down as necessary. If you feel that you need to replace your handle, you may have to buy another.

A doorknob uses a spring-loaded latch to function correctly. The spring extends fully when the lock is at rest. The spring should compress when you turn the knob and open the lock allowing you to open the door.

The cause of such a problem could be the different connections in your door lock. You will have to repeat the process and test every moving part to ensure it’s properly aligned, and the retraction mechanism is working correctly.

There are many causes of a doorknob failing to turn. If they have remained idle for several weeks or months, they could rust from inside. When this happens, they won’t turn and need fixing.

Before you start correcting, you need to find where the problem lies. A graphite lubricant and slight jiggling could solve the problem.

Most homeowners tend to replace stuck doorknobs before they know where the problem is. However, you can avoid such unnecessary expenses if the problem is minor and only takes a few minutes to fix.

We hope that this article helps you fix your doorknob. If you need to replace some components of your doorknob, you may have to visit the nearest store or order online. 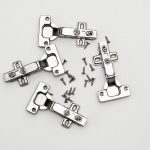 How Many Hinges Per Cabinet Door? 3 Main Factors to Consider 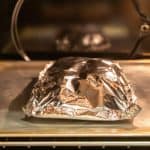 Can You Put Aluminum Foil in the Oven? Is It Safe? 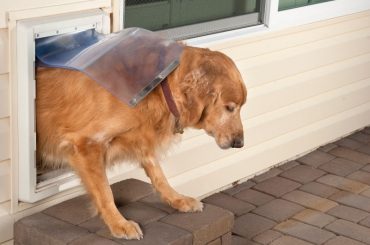 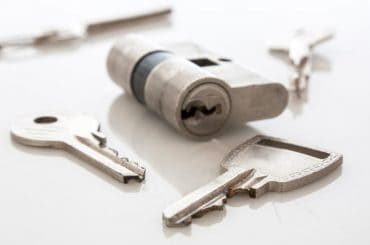 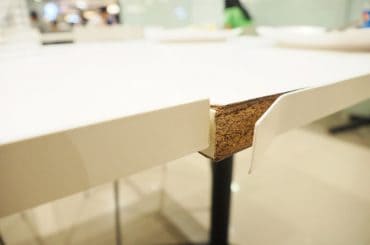 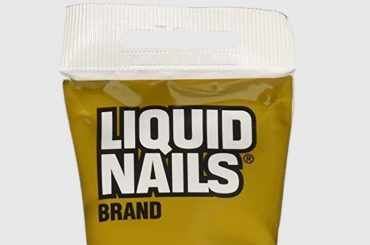 How Long Does It Take for Liquid Nails to Dry?