It’s always fun and rewarding when you breathe new life into your couch. Sometimes, it’s as easy as cleaning it the right way, getting rid of all that dust and all those stubborn stains. But there are times when you’ll need to do a little more in order to make sure your couch doesn’t look like a mess. One of the most frequent issues that make a sofa or a couch look limp are sagging cushions, which is why so many people out there want to know how to make them firm again.

In this article, I’ll go over everything you can do to prevent sinking and sagging in couch cushions. The primary focus will be on what you can put under the cushions to make them firm. However, I’ll also go over some of the different ways you can prevent sagging in general.

Why Do Cushions Sag?

Before we delve into the topic of cushion support, we first need to get to the root of the problem. Namely, we need to know exactly why our couch cushion is sagging. Here are three of the most common reasons behind cushion sinking:

Couches usually occupy a prominent space in the living room. More often than not, you’ll place yours in front of a television set or in front of a coffee table. That way, people can have a seat in a relaxed atmosphere where they can see anyone they talk to or watch TV without any obstructions. However, the most frequent person on that couch will be you, and like everyone, you’re a creature of habit — you like to sit in one spot.

When you spend a lot of time sitting on a specific area of the couch, soon enough it will show a dent and begin to sag. That’s because you’ve been putting all of the extra weight on that one area instead of sitting on different cushions or even armrests. The same goes for the cushions at the back of the couch. When you’re relaxing and leaning onto them, you will cause them to sag.

Sometimes, the sag of the cushion isn’t really because of the cushion filling or your weight. Quite often, you’ll see that the sag is concentrated on one particular spot. That’s a spot where the wooden frame might have broken, so I highly advise you to check it out.

Couch frames can be broken because of too much weight being exerted on it. Metal frames, on the other hand, are not that easy to break. They can rust or bend, however, and if you don’t give them a thorough check, your cushions will sag sooner than you think.

Sleeping on the Sofa

Sleeping on the sofa isn’t healthy. It’s an uneven type of furniture with very basic lumbar support, and it can be quite shorter than a standard single bed. However, we all still sleep on the sofa sometimes, especially after a hard day of work or if we need a place to crash while all other bedrooms are full.

Naturally, sleeping on any sofa will bring about some long-term problems. The biggest one is the weight pressure on the springs. If you sleep on the couch too much, the springs will eventually deteriorate and lose their elasticity. In other words, they won’t keep the cushions firm and you can spot early signs of sagging.

Why Should You Care That the Cushions on Your Couch Sag?

There are several reasons behind you needing to make sure that your cushions stay firm. By far the most important one is your health. A sagging cushion will provide poor support for your back and your posture in general. If you either lean on a sinking cushion or even sleep on it, expect a lot of back pain, sprained ankles, and a small ache in your neck.

The other major reason is aesthetics. Imagine walking into the house of your best friend and seeing that all of their furniture looks like it’s about to spill on the floor. A sagging cushion makes the whole sofa look unappealing to sit on. So in order for your couch to be a bit more inviting, you’ll need firm cushions.

How to Prevent Cushion Sinking

Before you focus on putting something under the cushions, you might want to try a few different methods that will reduce the amount of sagging. The three methods I found particularly helpful include flipping the cushions, fluffing them, and removing the fiber filling before washing them. Let’s go over them quickly.

Flipping and rotating the cushions is actually one of the most recommended things you can do to prevent cushion sagging. Some blogs recommend that you do it on a weekly basis, though once a month ought to be enough.

Of course, not all sofas have cushions that look the same after being rotated. In fact, lots of sectional sofas have cushions that have a specific design, so when you flip them, they look like they’re placed upside down. Obviously, the flip will help reduce the cushion sag, but your sofa will look weird. So, the best way to go about the problem is to flip the cushion once a day, even for a little bit, while you’re home alone.

Another good method for non-flippable cushions is to lay them on the floor and walk over them in all directions. By doing that, you’re redistributing the weight of the filling inside of the cushions. After a few minutes of walking, they should look good as new.

Now, if you have a deep sofa, the front edge of your cushion might start to sag and look deflated. That’s quite normal since you’re sitting on that edge all the time and constantly apply pressure. However, you can’t exactly flip the front and back edges, since the back edge usually has the cushion’s zipper. That’s the side which we are not meant to see on a sofa, which is why it has the zipper in the first place.

If this type of sagging happens, here’s what you need to do:

Fluffing a sofa cushion might be a bit difficult since the cushion itself is quite large. With regular pillows, it’s as easy as grabbing it and giving it a good rustle. There are other methods, of course, but generally, they don’t require a lot of effort.

Luckily, there are ways you can fluff a big sofa cushion. I personally recommend doing it once every few months, since the filling will naturally start to sag over time, even without the pressure of your body weight. The fluffing goes as follows:

You will need to wash the cushion covers from time to time. However, you can’t really do it with the fiber filling still inside. If you put the filling in the washer, it will become weak and lose its firmness.

Everything You Can Put Under a Sagging Cushion

Now that we’ve covered everything you can do with the cushion, let’s focus on the structural integrity of the couch. Sometimes, propping up the cushions can be done by simply putting the right thing underneath them. Other times, that item might go inside of a cushion, next to the stuffing already inside. From my experience, these five items will always give your couch’s structure a bit of a boost.

There are quite a few benefits to using cardboard or plywood as structural reinforcement. First off, it’s a DIY method that doesn’t require professional help and that anyone can do at home. And more importantly, as simple as it might be, it’s quite effective.

There are several steps to placing plywood under your cushions:

Of course, there are a few extra steps if you want to have an additional layer of support. For that, you’ll need some rubber foam, a large piece of cloth, a staple gun, and some staples. Once you get them, do everything from steps 1 to 7 first. The remaining steps are as follows:

A cushion foam insert will naturally lose its structural integrity over time. Once that happens, you might need to get some new foam at the store. Most people recommend polyurethane, since it’s quite firm and maintains its shape for a while. Depending on the store, you can either buy inserts that have the same dimensions as your cushions, or buy a large piece of foam and cut off what you need with scissors.

Start by removing the old inserts first. Next, slowly insert the new foam inserts and try to compress and squeeze them into shape. Once you get sharp corners and smooth edges, you can zip the cushions back up.

Batting is also known as polyester fiberfill. People often use it to furnish upholstery, like quilts and pillows. Interestingly enough, you can use it to make your cushions firm again, and you can do it on a budget.

Using batting is simple enough. All you have to do is unzip the cushion and stuff the batting underneath the existing foam insert. It will provide additional support and level the cushion out.

Not all of us are DIY enthusiasts, and sometimes we need a simple solution that can guarantee good anti-sagging cushion support. Luckily, there are amazing products out there that do the job perfectly.

An average cushion support is durable enough to withstand any additional weight. Moreover, it will improve our posture and prevent the cushion from sagging. And the best part is that you can quickly fold it away and store it in case you don’t need it anymore.

Of course, there are other cushion supports that function similarly to foam inserts. They are just as easy to use and are made from durable, firm materials that don’t sag.

Springs are an important part of any couch. They provide firmness and elasticity to the seats and prevent the cushions from sagging too deeply into the couch. In addition, they act as shock absorbers.

If you have an old couch, chances are that some of the springs might be rusted, bent, broken, or have simply lost their elasticity. Any of these issues can lead to your cushions sagging. In order to prevent it from happening, you’ll probably need to install new springs. In fact, you can even try handcrafting springs for additional support.

Having a firm, fluff cushion is important, both aesthetically and practically, which is why it’s important to know the best DIY method to prevent them from sinking or sagging.

There are other anti-sagging solutions for your cushions out there, like couch jute webbing repair and button tufting. However, if you need a quick and simple method, I highly recommend trying one of those listed above. Each of them will help you do the job easily and without having to buy a new couch in the process. 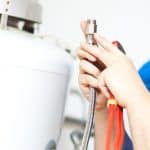 Is a Leaking Water Heater Dangerous? 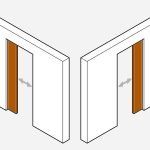 How to Adjust a Pocket Door 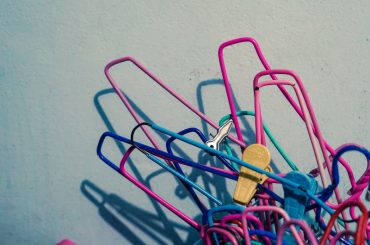 Ideas on What to Do With Old Clothes Hangers 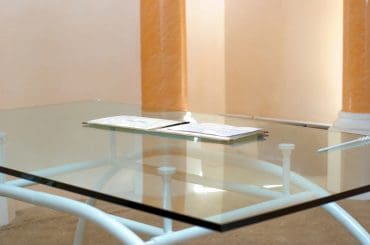 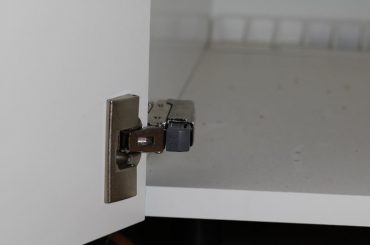 How to Adjust Soft-Close Hinge Speed: A Simple 6-Step Guide 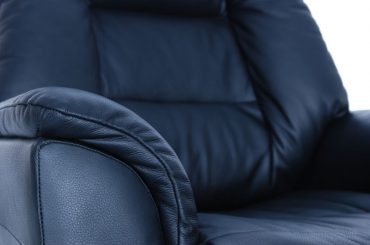 8 Most Comfortable Chairs for Watching TV in 2022