Maybe you’re in a band or are an aspiring solo singer and are eager to record some songs. Maybe you take your movie viewing experience very seriously and want to create a true cinematic experience in your movie room. Maybe you simply want a bit of peace and quiet. Whatever the reason for you wanting some extra silence, what’s clear is that you’re going to need to get some soundproofing, noise-blocking material.

One of the trickiest areas of your home to soundproof can be your windows. While they already block out some noise on their own, they still let some in, and cannot easily be soundproofed by attaching cushions or other soundproofing improvements.

That’s why you’ll want to turn to noise-blocking window film like the options on this list to leave you with the perfect peace and quiet you deserve.

Most of us don’t tend to think about our windows too much. As long as they aren’t cracked, scratched, shattered, or otherwise defaced, we tend to see them as a more utilitarian part of the household. As such, you may or may not be aware that there are many types of windows, each fashioned from different materials and with a different amount of layers.

It is that latter part that is especially pertinent when it comes to soundproofing a set of windows. Windows that are on the thin side or only have one layer aren’t exactly ideal for soundproofing purposes. That’s where window film comes in. It adds yet another layer to your windowing, thereby blocking out the sound even more.

It is also worth noting that soundproofing isn’t the only benefit that can be derived from adding window film to your home.

For one thing, doing so can add to the stylishness of your window considerably. That’s because window film can be quite reflective. Placing a thin, sleek layer of soundproof film over your windowing can give it a lovely sheen while also making it more reflective.

In addition, there are many kinds of window film that can be used for tinting purposes as well. If you are looking to add to your window’s aestheticism or cut down on the amount of light as well as sound that enters your home via your windowing, these options can be a great choice.

Soundproof window film can also provide a fair amount of protection. The film they employ is often made of scratch-resistant material, which can help protect your windows against wind-blown debris.

Finally, soundproof window film can also be a keen way to add some extra insulation to your windows.

As stated, soundproof window film works primarily by adding another layer to your windowing, thereby creating an extra barrier for sound to have to pass by to enter your home. A window with a soundproof film block absorbs sound as it enters a room, lessening the noise.

Part of the reason this works is because humans can only hear sounds between a certain spectrum. This is why things such as dog whistles don’t bother us at all, but send your dog into a tizzy. You may not hear it due to the high frequency, but your dog hears that dog whistle (and is sure to let you know about it!) because they can hear at a higher frequency than we can.

In terms of frequency, the sounds we hear best and most distinctly tend to range from between 1,000 to 4,000 Hz. While there may be other sounds at other frequencies out there, this is what we hear most, and having window film in the way can lessen the amount we are to hear even that.

Furthermore, window film can lessen the overall decibel level a sound registers to us by as much as five decibels. That may not sound like much, but when it comes to decibel levels, every bit counts, especially when it comes to blocking out exterior sound, which will already be lessened in terms of its decibel count to our ears due to its having to pass through the windows themselves.

If you have soundproofed anything before, chances are you are familiar with STC ratings. For the rest of you, STC stands for Sound Transmission Class, which refers to a material’s ability to block or reduce sound waves. The higher the rating, the better the given material is at blocking out sound.

As such, when searching for window film for blocking out sound, you’ll want to be on the lookout for offerings with high STC ratings.

For windows, STC ratings range around 18 to 38.

An Overview of Windows and Window Film

Let’s dive a little deeper into how attaching window film to your windows can boost that STC rating and reduce the amount of sound seeping into your room.

The best soundproof window film is made from specially-made polymers, are transparent, and feature lamination. Those latter two points are what allow them to work so well with windows from an aesthetic perspective. They’re transparent, so slapping them on your window won’t block out sunlight (at least not unless you wish to employ a tinted version), while the lamination allows it to fit over the window pane in a nice, smooth fashion.

When applied properly, the sound is first absorbed and then blocked. This is made possible thanks to the type of polymer. The film also allows for sound to be trapped between itself and the window pane, making it easier to lessen the amount of film that gets through to your room.

Most window films can be attached directly to window panes, blocking out a great deal of sound and UV light alike.

But what if you’re looking for other options as well? Maybe you need to reduce the sound in your home even further, or else want to find a way to insulate your home from excessive sound without cutting down on the amount of light entering a given room.

If so, don’t worry – there are other ways to soundproof a window, including:

The Benefits of Using Window Film for Soundproofing

There are many benefits to soundproofing your windows, not the least of which being that it enables you to cut out all that loud annoying outside sound.

This can be especially useful if you live in a particularly noisy area. For example, if you live close to an overground metro station, freeway, bus line, or another area where there is a lot of traffic around the clock, soundproofing your windows can be a good way of blocking out all that extra noise. Your sleep pattern and peace of mind will thank you.

In addition, certain activities are better achieved in rooms that are insulated against sound. For example, if you want to record some music, you need to make sure that you are in a room that is absolutely quiet. You don’t want any external ambient sound to get on the recording. Outfitting your room with soundproof film can be a great way of blocking out that extra sound, thus sparing you a sound editing nightmare.

Window film for soundproofing purposes is still in its infancy. It is in many ways an outgrowth of other windowing upgrades. For example, window film for tinting and protection purposes have been around for decades now. Now that the sound-blocking properties of this kind of film has become better understood, we are beginning to be able to develop it in a more refined fashion for that purpose.

While there are other means of blocking out sound, few are better suited for domestic use. Window film for soundproofing purposes, when properly installed, can boost STC rates and deliver the peace and quiet you want and deserve. 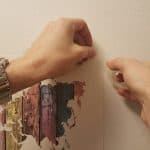 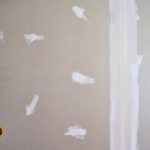 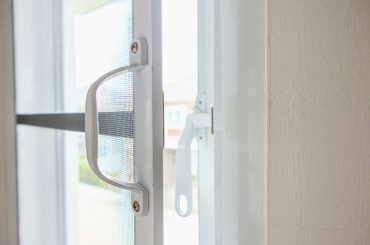 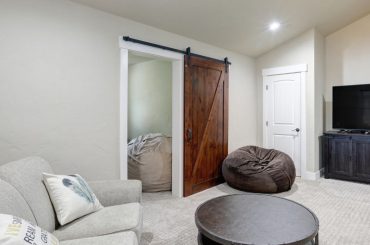 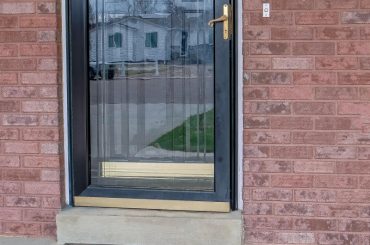 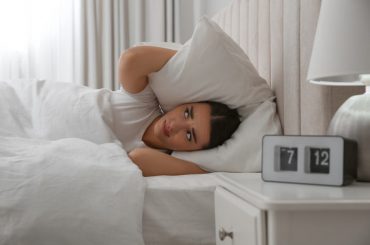