If you’re looking into buying a home and you find out that it has a walkout basement, it’s possible that you might be confused at first. Some people have never heard the term or encountered basements that are designed in this fashion. There are even many parts of the US where basements aren’t even a common feature. Knowing this, it’s easy to understand why there are so many questions about walkout basements and what makes them so special.

Today I am going to take the time to talk about walkout basements with you. This article is going to give you all of the necessary information about these basements so that you can have a clearer idea of what they are. It will allow you to learn what these basements bring to the table and whether or not they’re a worthwhile feature in your situation. Read on to learn everything about it so that you can make your own decision.

What Is a Walkout Basement?

As you can probably tell, these basements are pretty unique, and many people love having them. There are actually some interesting uses for walkout basements that I will go over later on in the article. For now, just understand that these basements are approached from a different design standpoint than a traditional basement. It’s simply a basement that slopes downward and allows you to enter it from the ground level just like you would walk into the front door of your home.

How Much Slope Is Needed for a Walkout Basement?

If the site where you’re building your home is sloped, then you might be considering how practical it is to incorporate a walkout basement design. You’re likely curious just how much of a slope you need to build a walkout basement. The slope is going to have to be fairly significant, but there is actually more to consider than just the degree of the slope. Sloped land and hillside areas create perfect opportunities to create walkout basements, but the soil properties also need to be kept in mind.

Soil variations can cause problems for your home, and you’ll need to be careful when designing a walkout basement because of this. This is why how much slope you need is a difficult question to answer by throwing out a simple number. You can’t say that you need a slope of a certain degree because there are many factors in play that determine whether it’s possible to do. If you’re concerned about whether you have the right type of slope or soil to create a walkout basement, then you should contact professionals to get their opinion.

Is a Walkout Basement Considered a Story?

A walkout basement is generally not considered to be a story. The stories of a home are the above ground levels of the home. This means that your walkout basement isn’t going to turn your home into two or three-story home in the eyes of a real estate agent. However, the square footage of a walkout basement can be counted as living space, depending on how it was designed.

The cost of installing a walkout basement will be quite high. This is a job that is going to cost thousands of dollars. It’s actually difficult to give you an accurate quote of how much you should expect to spend on a project like this. Truthfully, you have to consider many different factors before deciding if this is going to be a good idea for your new home.

Most people who are considering walkout basements will be having the designs for the basement included in the initial construction of their home. It’s possible in certain situations to add a walkout basement to your existing home, too. This will likely wind up being even more expensive, and you’ll need to have a slope, as mentioned earlier. Whether you’re altering an existing sloped basement to make it a walkout basement or if you’re designing your home to have one, it’s going to be pricey.

You should expect a walkout basement to add tens of thousands of dollars to the cost of building your home. This is a significant construction project, and it’s more complicated than building a traditional basement area. You’re going to have to shell out some money to get this done, but it could be a fantastic part of your new home. It’s worth your consideration if you have the budget for it.

Is Adding a Walkout Basement to Your Home Difficult?

There are a number of different things that need to be considered when you want to add a walkout basement to your home. Firstly, you should know that some homes won’t be able to have a walkout basement. If you have a basement already, then there are some circumstances where you can convert it into a walkout basement. There are going to be certain challenges that make this really difficult to pull off.

Adding a walkout area to an existing basement is much easier to pull off. This can involve digging into the ground and creating a set of stairs that lead down to the basement area. This certainly isn’t the same as a walkout basement, but it is going to be the most practical option for most people. Adding a new basement to an existing home is going to be a big undertaking, and it’ll cost a lot of money.

Even just adding a normal basement to an existing home can cost $30,000.00 or more. Whether or not a walkout basement is even a possibility is likely up in the air. You’d have to talk to experts and get things examined to see what your options are. It’s likely best to only consider a walkout basement when you’re building a new home where it is a possibility.

Does a Walkout Basement Add to the Value of Your House?

One of the best things about having a walkout basement on your property is that it will actually add to the value of your home. This walkout basement is actually going to be considered a living space. It’s more than just a finished basement due to the way that they define living spaces, and this allows you to list the home with extra rooms. The potential is there for your home to increase in value substantially if you have a walkout basement.

It isn’t all positive, though. The fact that you have more living space being added to the total square footage of your home can cost you money, too. This means that you might be taxed at an increased rate. Depending on your situation, adding a walkout basement will either be a great idea, or it might cost you money.

If you’re considering adding a walkout basement to your property, then you can count on it adding value to your home. You just have to keep in mind that your taxes might also go up due to the increased amount of living space. As long as you’re prepared for this, it shouldn’t wind up being a big deal. You have to weigh the positives and the negatives of having a walkout basement against one another to see which way you should side.

Pros and Cons of a Walkout Basement

There are going to be some pros and cons that you’ll want to consider when thinking about whether you want a walkout basement. Take a look at the positives of walkout basements below. After this, I’ll go over some of the downsides. You’ll be able to examine them thoroughly to come to a final answer.

One of the biggest reasons that people like the idea of having a walkout basement is that it adds natural light to the basement level of your home. This is going to make things a lot cheerier than they would otherwise be. Being able to enjoy some sunshine in this part of the house goes a long way toward making it feel like a normal part of the house. It helps your basement to feel less like a basement, so to speak.

This is also going to give you another entrance to your home. You’ll be able to access the basement area from the ground level. This will be convenient for many reasons, and you’ll love having an easier time getting furniture into the basement area. It’s nice to not have to deal with stairs when you’re putting things in the basement level of your home.

Also, walkout basement designs are something that some people use to create below ground garages. This might not be practical in your situation, but it is definitely advantageous for some people. Being able to store cars below ground could be very useful, and this is a good design choice for those who are looking to do something like this. Granted, this is more of a specialty walkout basement type, but it’s worth mentioning.

The biggest cons of a walkout basement have to do with the added cost. This is going to be a substantial undertaking, and it might not be a practical idea for everyone who is building a home. If you have a strict budget for building your home, then adding a walkout basement to the plans might not be a great idea. It can add value, but it’s going to cost a good bit of money initially.

Also, I mentioned the fact that your property taxes might increase earlier. Having to pay out higher property taxes isn’t going to be pleasant. If you’re comfortable with the added taxes, then it’s still worth considering. You just need to take a look at your budget before proceeding.

Finally, you should know that these basements could have issues with moisture. Containment issues and mold problems could wind up being an issue if you aren’t prepared. This is true with normal basement designs as well, though.

Now that you’ve seen all of the information about walkout basements that is listed above, you should know what to expect. This is a complicated topic, and there is a lot to think about before moving forward. It isn’t likely going to be a good idea to have a walkout basement built without first considering all of the pros and cons. You want to make sure that this is going to be a practical idea for you.

Many homes aren’t even going to be able to make use of a walkout basement design due to not having a sloped area. This is a niche type of basement that many people wind up loving. If you think that you could make use of a walkout basement in your situation, then it might be worth your time. It can add value to your home, and it could make your house that much more appealing if you plan on selling it down the line.

Just don’t rush into anything. If you’re in the designing phase of a new house project, then take the time to consider your options. Walkout basements are definitely really nice, but they aren’t for everyone. It’s up to you to decide whether or not having one will be in your best interests. 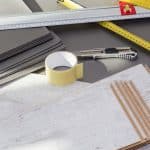 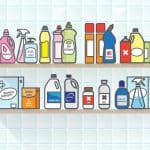 Does Mixing Bleach and Baking Soda for Cleaning Really Work? 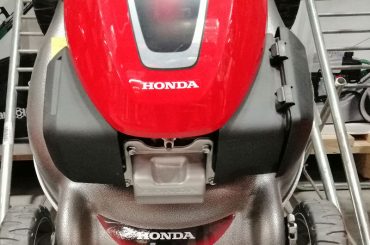 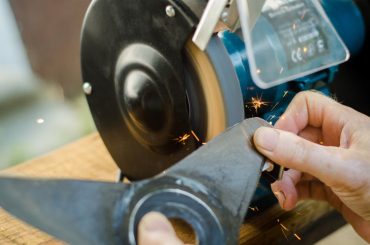 How Sharp Should Lawnmower Blades Be? (FAQs) 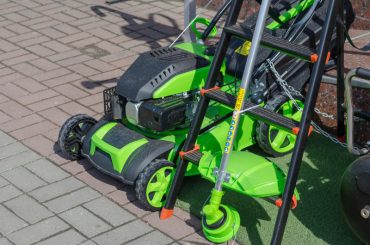 Can You Rent a Lawnmower? 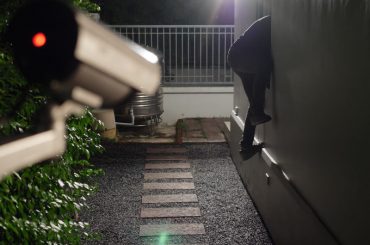