Sometimes, keeping your home clean and tidy isn’t as easy as you might think. For instance, you need to know how to approach your cleaning schedule, which dusting tools to use, how to polish hardwood floors properly, and when to mop. But there is, interestingly enough, one question that still seems to be confusing a lot of people out there. When cleaning your home, should you dust first and vacuum later, or is it the other way around?

This article will try to answer that burning question by looking at both sides of the argument. And while the proper cleaning order might seem obvious to you before you even move on to the next paragraph, it’s actually not as clear-cut as you might think.

But before delving further into the topic, let’s first cover why it’s important to clean our homes regularly.

Why Is Removing Dust Regularly Important?

Removing dust, either by vacuuming or dusting in general, is possibly one of the most crucial things you need to do as a homeowner. In 2004, the Epidemiology Journal published a paper concerning the health benefits of dusting in the office environment. According to this study, indoor dust can cause mucosal irritation, which can lead to various sinus problems.

As stated above, dust can contain traces of pollen, which can trigger an allergic reaction among certain individuals. So, by regularly cleaning your home, you’re less likely to suffer from an allergy attack or hay fever.

Now you know what dust is and why you should remove it as often as possible. But what is the proper order — do you start with dusting or vacuuming?

Why Dusting Before Vacuuming Makes Sense

Quite a few articles out there will tell you that dusting absolutely has to come first, and for a good reason. In fact, if you were to ask me for my subjective opinion, I’d definitely choose dusting first over vacuuming.

When you’re dusting, you’re wiping off lots of nasty particles that can be harmful to your health. In addition, you’re actually getting more than half of your cleaning done just by wiping away the dust. Generally speaking, stuff like lint, cat hair, and crumbs will get ‘stuck’ on the microfiber cloth or the duster. You can then easily remove them by simply washing the cloth or shaking the duster.

The other equally important argument in favor of dusting first is the redistribution of dust. No matter how detailed of a job you do while dusting, lots of particles will float up in the air or fall onto the floor. All you have to do is vacuum them later, and the room will be as good as new.

But dusting first comes with its own set of problems. For instance, after you’re done dusting and start vacuuming, the vacuum cleaner itself might produce extra dust that will stick to the clean surfaces, making you do extra work later. In addition, by using a microfiber cloth, you’ll relocate a lot of the dust particles, allowing them to float up in the air and make you inhale them. A high-powered vacuum cleaner will suck the harmful particles in, though, leaving you with clean air.

Interestingly enough, people don’t think that vacuuming first is a viable option, despite the fact that you can find article after article stating that dusting should come second. And while I personally don’t do that, I can definitely agree with some of the benefits of vacuuming before dusting.

As stated earlier, vacuum cleaners can suck up most of the nasty particles that are floating in the air. Moreover, by moving the vacuum cleaner around, you’re actually spreading additional dust all over the place. So, when you’re done vacuuming, you can dust off everything in one fell swoop.

Of course, vacuuming first isn’t the perfect option. When you start dusting a room, it’s inevitable that some dust particles will drop back to the floor. And if the layer of dust on the objects around your home is huge, you might end up vacuuming the house all over again.

How to Dust and Vacuum Properly

Dusting Tips for a Clean Home

In order to keep your home clean, you will have to dust it on a regular basis. But how often should you do it?

There are lots of useful house cleaning schedule examples out there that might work for you, depending on how big your home is and how much stuff each of your rooms contains. But in reality, you will only need to remember two major types of dusting, based on frequency:

Light dusting is something you will normally do once every couple of weeks. Basically, you will only cover the visible areas of your home, such as shelves, wardrobes, floors, desks, chairs, cabinets, mirrors, etc.

As dull as it might sound to clean your home every 15 days, light dusting is not going to take you more than a couple of hours, tops. If you’re someone who suffers from allergies, though, you might want to lightly dust your home even more often. In that case, once a week ought to be enough.

Heavy dusting, on the other hand, is quite thorough. You will have to reach those snug areas in your home, i.e., under the bed, behind the cupboards, fan blades, window blinds, furnishing, etc.

Unless you do some heavy dusting once in a while, no amount of light dusting will help you. Luckily, you only need to do it every few months or so.

Start From the Top, Literally

When dusting, remember to remove the particles from top to bottom. Once you start cleaning the tops of bookshelves or wardrobes, some excess dust will fall off, which isn’t unusual at all. That dust will either reach other objects below, which you’ll dust later, or the floor, which you’ll vacuum after dusting.

Do you own houseplants with thick, wide leaves that collect a lot of dust? Well, there’s a solution to cleaning them that doesn’t involve poking about with the duster or damaging the leaves with a cloth. When cleaning, use a blow-dryer to blow the dust off the leaves. It will float around, but after it settles on the floor, you can simply vacuum it up.

Microfiber cloths are spectacular tools that I personally recommend more than feather dusters and cotton cloths. Not only are they incredibly easy to use and maintain, but they’ll remove over 90% of bacteria while you’re cleaning. On top of that, they are inexpensive and easy to come by.

Pet hair can be the bane of your vacuum cleaner. It can get caught at the end of the vacuum and prevent any particles from getting into the machine. So, what can you do about it?

First off, make sure to remove any visible pet hair by hand before you start vacuuming. Also, try to clean your vacuum by removing any and all hairs you see in order to prevent blockages.

You can even think about investing in a cleaner that can remove pet hair more effectively during vacuuming. Of course, most vacuum cleaners will be able to do that, but some brands are more prone to hair clogging than others.

More than likely, you will not be vacuuming hardwood floors. While vacuuming might remove dust and dirt from the floor, it won’t bring back that recognizable hardwood shine. So, instead of vacuuming, invest in a good hardwood floor cleaner.

Lots of vacuum cleaners come with a filter or a bag. Before you start vacuuming, make sure that both of these parts are dust-free. More often than not, we forget to clean the cleaner after we’re done vacuuming, so the dust may accumulate inside and act as an obstruction to the dust we want to vacuum up.

Pick a Pattern and Stick With It

When vacuuming carpets, people tend to cover random spots on the floor while keeping the cleaner in one position. That will, of course, get the job done, but you’ll end up covering several spots multiple times for no reason. Not only will you risk spreading more dust around when you do that, but you will be needlessly tiring yourself out too.

So, when you decide to clean your carpet, pick a pattern. For example, if you have a rectangular rug, start at the corner and move to the next corner, at 90 degrees. Then, move onto the second corner at the same angle. Keep repeating that, and your carpet will be dust-free in no time at all.

As you can see, picking between dusting or vacuuming first isn’t that simple. Some people, like myself, prefer to dust first since they can vacuum up the remaining particles. Others, however, like to vacuum first and wipe the excess dust later.

No matter which option you choose, I strongly advise that you follow the tips laid out in this article. They should help you cover a lot more ground while cleaning, not to mention save you lots of time. As a result, your home will be squeaky clean, and any potential health risks reduced to a minimum.

You may also like: How to Stop Dust From Coming In Through the Windows 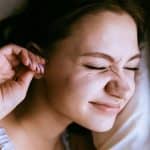 12 Alternatives to Earplugs for Sleeping 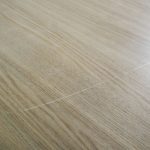 How to Remove Scratches From Laminate Flooring 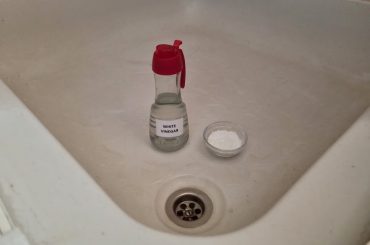 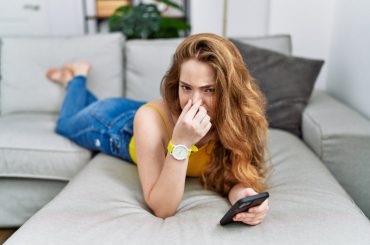 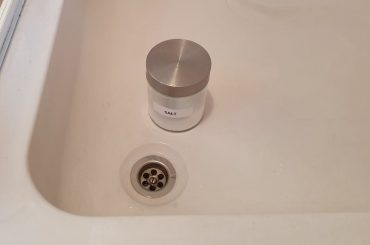 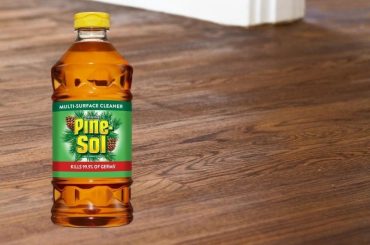 Can You Use Pine-Sol on Wood Floors?