Despite having different meanings, the terms joist, beam, and girder are often used interchangeably. Understanding the difference and function of these key parts is crucial for any engineer, builder, or construction worker.

The main differences between joists, beams, and girders are size, design, and functionality. Joists are usually small but numerous and mostly supported by beams. Compared to joists, beams are larger and fewer. Girders are the largest of the three and provide the primary horizontal support to beams.

What Is a Joist in Construction?

Joists are mostly made from timber, reinforced concrete, or steel and are usually laid in parallel under a roof or floor. In almost all construction projects, joists are laid together in large numbers to provide sufficient secondary support.

And to enhance their ability to distribute weight across the surface, joists have tiny spaces that vary depending on the type of construction. Generally, however, the spacing between joists is usually smaller compared to spaces in beams.

What Is a Beam in Construction?

A beam is an integral member that carries the main weight of a roof or floor in a building. As the main weight-carriers, beams are more solid and substantial compared to joists. A proper beam should transfer the load to the vertical elements, which explains why most beams in buildings are made from steel, combined dimensional lumber, or engineered wood.

Below are some of the main types of beams:

You may also like: How to Fix a Cracked Support Beam

Joists Vs. Beams: What Are the Differences?

Compared to joists, beams are larger in size to enable proper load transfer to the columns and foundation. Beams run horizontally across the ceiling or floors and play a huge role in the structural integrity of a building.

Joists are smaller than beams. The small cross-section area in joists allows for proper weight (and pressure) distribution. While small in size, joists are hugely important in construction due to their ability to transfer the load to the beam.

When analyzing ceilings and floors, you’ll notice that joists are usually more in number than other components. Generally, the larger the construction work, the more the joists needed for stability. Therefore, in a structure, joists will be more due to their small sizes. Since joists have small cross-sections, they are usually aligned in large numbers across the load to absorb and transfer the weight to the beam.

Due to their often-large sizes, beams aren’t required in large quantities during construction. This explains why you’ll find one large beam supporting several joists in either ceilings or floors. A strong beam is enough to support hundreds of joists provided the foundation and columns are correctly constructed.

Joists rely on beams as their central support in both light and massive construction projects. This is because joists can either be placed on or beside beams to allow for the proper and efficient load transfer.

To support joists and accommodate the load, beams are usually supported by columns. The strength of columns and the foundation play a huge role in determining the effectiveness of beams in transferring loads. By receiving support from vertical members, beams are able to accommodate the load transferred by joists and distribute it to the columns, where the load is then transferred to the foundation.

What Is a Girder in Construction?

A girder is the main beam that supports other smaller beams, acting as the primary horizontal support of a large structure. Girders have greater load-bearing capacity than beams and can thus support more concentrated loads.

Due to the need to provide intense structural support and load transfer, girders are made from a variety of tough construction materials like stainless steel, concrete, or even a combination of both.

It’s important to note that all girders are beams, but not all beams can be classified as girders.

Differences Between Girders and Beams

Beams are integral parts of a framing system in construction projects. These primary members are designed to resist loads and transfer them to a girder, columns, or foundation.

On the other hand, girders are types of beams that provide support to smaller beams, therefore acting as a structure’s primary horizontal support. Girders support the vertical loads of the beams, ensuring the entire structure is stable and strong enough.

You’ll find that most construction workers refer to massive beams as girders. This is because girders are often larger and more capable of transferring loads compared to beams. While there is no exact length, width, or weight that determines when a beam becomes a girder, the largest beam that transfers the load to the underlying components is usually the girder.

Girders are mostly used in large construction projects to provide effective load transfer, which is integral in maintaining the structural integrity of a building or an engineering project.

Contrastingly, beams are mostly used in home construction and other light construction projects since their sizes are large enough to provide the required support.

Due to their strengths and ability to withstand heavy loads, girders are ideal for carrying rolling and dynamic loads, which explains why they’re preferred for bridge construction. And since dynamic loads exert varying amounts of pressure on structures, girders help to provide the needed stability and protection.

While stronger than joists, beams aren’t strong enough to handle the varying force exerted by dynamic loads. This explains why beams are ideal for static loads such as home ceilings and floors. Therefore, for large construction projects, girders are preferred as the primary source of horizontal support since they are stronger and more capable of transferring heavy loads.

Basically, girders play the role of primary beams. They transfer loads to columns, which are then transferred to the foundation of the structure. Without a girder, then the risk of bending increases exponentially in large projects.

Beams perform the role of girders in small projects. A normal home construction project won’t need a girder since there won’t be many floors or structures exerting additional pressure. But beams function in a similar manner to girders in that they provide structural support by transferring the load to the columns. Beams are common in residential structures, often found in walls, floors, ceilings, decks, and roofs.

In a large construction project, beams play the role of secondary support. They transfer the load to the girder, which is then distributed to the columns and later on transferred to the foundation. Girders are commonly used to carry very heavy loads, which explains their usage in flyovers and bridges.

Types of Beam Vs. Girder Types

Beams are usually classified into different categories depending on the type of support (fixed, continuous, trussed, cantilever), cross-section shape (T-beam, C-beam, and I-beam), and geometry (straight, tapered, or curved).

Girders, more often than not, refer to strong, steel beams. I-beam girders are arguably the most common girders based on their usage in large construction projects such as bridges and flyovers.

Considering these factors is crucial to the strength and functionality of the girder, which explains why girder fabrication is often left to the experts.

Beam fabrication is less complex compared to fabricating girders. The main considerations made when fabricating beams is their ability to transfer loads and hold the structure in place.

FAQs About Joists, Beams, and Girders

What Is a Girder Truss?

Girder trusses have a straight, long design and are characterized by their vertical and diagonal webs that separate the bottom and top chords. A girder truss’s primary role is to support the other elements in the frame like traditional trusses, purlins, or rafters.

What Structural Member Between a Joist and Beam Is Important?

Both joists and beams are crucial to the structural integrity of structures. While beams function as the primary load-bearing element of a roof or floor, joists are horizontal members that run across a structure. Generally, joists require beams to support and distribute the load to other parts such as girders and columns.

Are Beams and Girders Similar?

Beams and girders are similar in that they’re important members that provide additional support to other parts of the frame. Beams are more common in domestic construction projects due to their ability to handle small to medium loads.

On the other hand, girders are perfect for commercial projects due to their superior load-bearing abilities. A girder is any beam that provides the main horizontal support to a structure. Point to note, though, not all beams are girders as some aren’t strong enough to transfer heavy loads to other components.

Not all walls are designed to bear loads. In such walls, you’ll find that joists tend to run perpendicular to the wall. On load-bearing walls, the joists more often than not run parallel to walls, which helps in the transfer of the loads to other members.

What Are Other Common Building Parts?

In addition to joists, beams, and girders, it’s normal to hear about other important elements that hold up floors and roofs. Other elements commonly mentioned in construction projects include rafters, trusses, and purlin, which are briefly discussed in the section below.

Rafters: Similar to joists, rafters are numerous and are mostly supported by beams. While it is possible to find joists in roof and floor structures, rafters are exclusively found in roofs and never beneath floors. Rafters tend to sit at an angle and provide additional support to structures.

Purlins: As major components of ceiling and roof structures, purlins play an essential role in providing additional support to the roofing system. Purlins are often supported by building walls, rafters, or steel beams before a roofing deck is laid over.

Trusses: A truss is the name given to a full assemblage of roof-supporting elements. Trusses may be assembled on-site, or, for more complex projects, they can be brought in pre-assembled before being installed by experts on top of a structure.

The web of joined triangles in trusses help in weight distribution and allow the roofing system to handle changing compression and tension without shearing or bending, thus allowing engineers to achieve long spans.

Although used interchangeably by some people, joists, beams, and girders have completely different meanings (and functions) in construction engineering.

Of the three critical elements, joists are the smallest and perform the role of transferring loads to beams. And as discussed throughout the article, beams are usually smaller in number compared to joists and tend to provide primary support to roofs and floors.

A girder is the strongest of the three members and is often used in large commercial projects such as bridges and flyovers. Both beams and girders perform the role of load distribution to other members, but girders are stronger and boast greater load transfer capabilities. 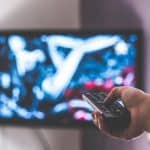 Buying a Used TV: Important Questions You Need to Ask 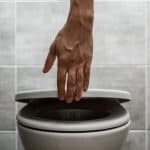 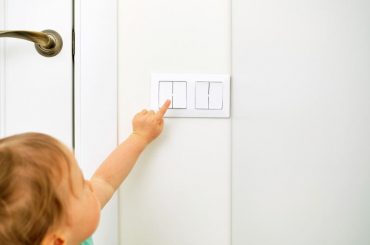 How to Child-Proof Light Switches: Most Effective Methods 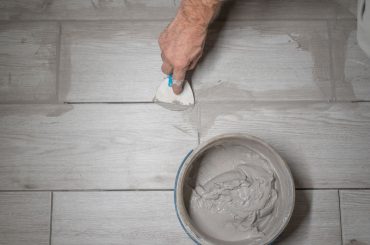 How Long Does Grout Take to Dry? 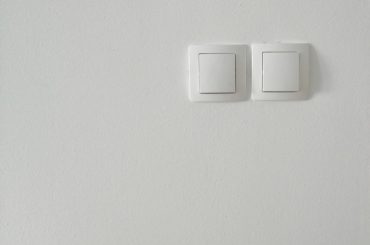 What Is the Standard Height for Light Switches and Outlet Boxes? 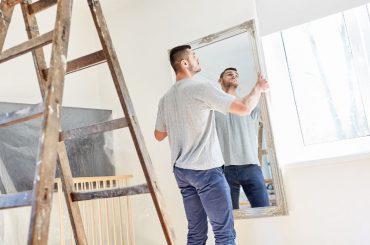 How to Hang a Heavy Mirror Without Nails: 4 Alternative Ways