A futon bed is an amazing bit of furniture in more ways than one. As someone who entertains guests from out of state frequently, I need to provide them with a good night’s sleep. Of course, as someone with a small, snug place I can’t afford to own a huge bed or even a regular-sized one, for that matter. That’s why a folding option like a frame bed works for me.

However, people tend to avoid using futon beds in general. Most of the time, when I asked my friends why they didn’t get one, they’d tell me that it’s too complicated to open and close. So I figured I could help a few people out there with a handy little guide on how to open and close a futon bed. Moreover, I’ll also cover what makes futon beds a great investment, as well as potential problems you might have if you own one.

It might sound strange, but people tend to think that all folding bed frames are more or less the same. However, that couldn’t be further from the truth. Some frames come in two parts, others in three; and while some come with special rungs, braces, and latches, others have none of those. In addition, they can have legs that either automatically drop into position or that you have to pull out manually.

Let’s cover all those types in this handy little list below.

With futons, it’s all in a name. Usually, it just takes a cursory glance at the name to know what kind of frame your futon of choice has. With a bifold futon, the key is in the “bi” part.

A typical bifold futon has, for a lack of a better explanation, a two-part frame. When you look at it, it appears like a regular sofa with a seat and a backrest. And those two, i.e. the seat and the backrest, are exactly the two folding sides of the frame.

Outspread, a bifold futon looks like a large, flat surface. The backrest goes back until it reaches the floor. Once it does, it should be level with the seat in order to form a makeshift bed. When you fold it back into a sofa, the futon mattress itself follows, folding lengthwise.

It’s quite easy to recognize a trifold futon frame. Once again, we ought to pay attention to the name. If the bifold frame has two sides that fold and unfold, a trifold will have three. Naturally, the actual futons will fit the frame along the folds.

One simple look at a trifold frame says it all. Like the bifold, there are two sections that make up the seat and the backrest. However, there’s also a third section that extends the seat.

There are many reasons for this design choice. For example, if I pull that section out, I have an amazing, wide leg rest. However, if I want a traditional sofa look, all I have to do is fold the third section under the seat. That way I can save space.

Lots of people avoid buying a trifold futon because it might potentially be difficult to fold. After all, we have to fit the futon in a narrow space under the seat, which can be troubling. Of course, there are many advantages and disadvantages to trifolds when you compare them to their bifold cousins. But they are definitely not an inferior product design-wise, not by a longshot.

A loveseat design is by far the most popular one among the Millennial crowd. Not only does it look like a proper sofa when folded, but it’s also a bit more stylish than bifolds and trifolds. In other words, it’s the perfect addition to a compact living room.

Like trifolds, loveseats tend to have three parts (though some have more). However, unlike the trifolds, the third part is hidden within the loveseat, under the seat section. If and when I feel like going to sleep, all I need to do is pull the hidden section out and drop the backrest until both become level with the seat.

Some bifold futons are a bit more difficult to unfold than others. I’d usually recommend getting a wooden frame since metal frames tend to rust and jam. However, there’s no denying that a metal frame is stronger and more durable than wood. In addition, it will provide better lumbar support.

Most trifolds tend to have a hidden deck in the front. Before you do anything, you’ll need to find this deck and unlock it. It’s usually right under the futon.

Trifolds might be difficult to close for first-timers. If you’re one of them, I suggest trying to remove the mattress first, for easier access.

Advantages of a Futon Bed

Let’s say that you’re living in a small, compact house or apartment. There are different ways to save space and even make a room feel large. I’ve outlined all of that when I discussed washing machines and dryers, as well as curtains. However, washers and dryers don’t normally end up in living rooms and guest rooms, but temporary bedding arrangements like futon beds do.

A futon bed will come in handy in a cramped space. While it might feel like a bit of a drag to fold and unfold it twice a day, I still love the fact that I get a few extra inches of space by simply pushing one panel into another. In addition, some futon beds are so compact that you can put them away and only roll them out when you have guests.

As I stated earlier, some futons can fold all the way until they take up just enough space to fill a closet. That alone makes them perfect, since you can put them away and roll them out when you have guests staying over. I can speak from experience that it’s much better to sleep on a foldaway futon bed than it is to sleep on a mattress or sleeping bag on the floor.

But even the futons that don’t fold all the way are more convenient than regular beds. For example, their mattresses are easier to wash and dry. Moreover, you can even do basic DIY repairs on a futon frame if you know how to. The frame itself is easier to access than the base of a regular queen-sized bed.

While some modern futon beds can be expensive, most are reasonably priced. In and of itself, the price really doesn’t matter too much, since you can also find beds and bed frames that cost roughly the same.

However, you have to compare what you get for the money you pay. If I were to get a regular bed, all I’d really get would be the frame and mattress (more often than not I would have to buy them separately). Some beds have extra features like hidden compartments, but those tend to cost a pretty penny.

On the other hand, a futon frame product can function both as a sofa and as a proper bed. Moreover, trifold beds and loveseats have the added bonus of having a footrest, of sorts. By paying less, we get a product that is more versatile and has more mobility around the house. And, most importantly, once it gets broken, we can replace it far more easily without paying professional movers to get it out.

Disadvantages of a Futon Bed

Naturally, as amazing as a futon bed might be, there are some potential setbacks to using it. For instance, if I use it non-stop, opening and closing it daily, the mechanism will eventually break down. Yes, some futon beds CAN be fixed with DIY tricks, and we can even build our own futon frames.  But for major work, I will still need to call the proper repairman.

Another setback to futon beds is that they simply don’t offer the same lower back support as regular beds. Because they don’t have a single solid frame, they don’t distribute our weight evenly, which can lead to problems. In short, a futon bed is a great temporary solution, but for long-term sleeping, I still recommend regular beds.

A Few Words at the End

Folding and unfolding a futon bed isn’t overly difficult. There are lots of tutorials online, mine very much included, but in all honesty, all you have to do is watch someone else do it. You’ll pick it up in a matter of minutes.

But do let me know what you think. Did this text help you with your futon bed problems? Do you maybe have a futon with a frame type that I didn’t cover in this article? Please let me know in the comments below. 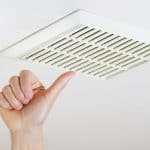 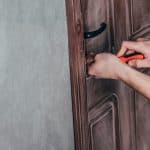 How to Unlock a Door Without a Key 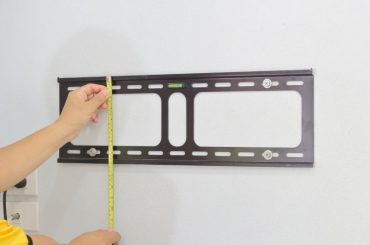 What Is the Proper Height for Wall-Mounted TV in the Bedroom? 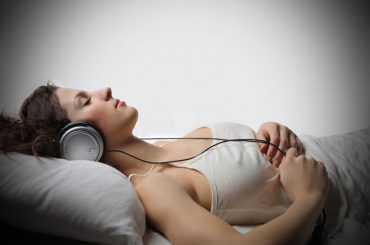 How to Sleep With Headphones 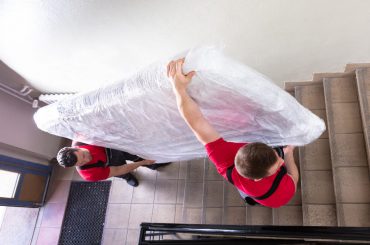 How to Ship a Mattress When Moving 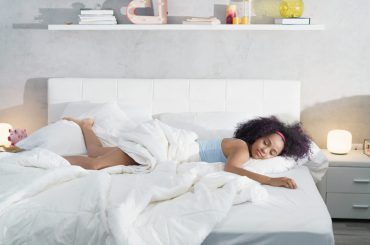 How Long Does It Take to Get Used to a New Mattress?